Its finally summer and while the big heat wave has gone, the evenings are just right to sit outside and enjoy the night with some friends and a drink or two. If you are looking for a place to do just that, look no further and head to the Brunel Museum on Fridays or Saturdays. Not the place for a drink? – it sure is. Since the opening of the roof garden on top of the Southern Shaft of the Brunel tunnel, they have been organising Midnight Apothecary.

END_OF_DOCUMENT_TOKEN_TO_BE_REPLACED

Did you know that London has its own purpose- built Hindu Temple? And that it used to be the largest Hindu Temple outside of India? Well, off to Neasden then!  BAPS Shri Swaminarayan Mandir (or Neasden Temple to keep it simple) is a Hindu temple built in the 1990s built with Bulgarian Limestone and Italian Marble, hand-carved in India and assembled in London (without any iron or steel!) in a time of only 2 years.

It looks absolutely stunning from the outside and next to a full spiritual and cultural centre (A “Haveli” – a wooden structure with delicate carvings). The Mandir also houses a very interesting Exhibition, called “Understanding Hinduism”, a well stocked Indian spiritual shop and an Indian Restaurant across the street.

Visitors of all (or no) faiths are welcome, entrance is free and you can walk around all the temple, admiring the carvings, the large hall, the holy statures and soak up the wonderful atmosphere. The entrance to the exhibition costs £2 but its well spent- it is vast, interactive and easy to understand and  includes an extensive booklet for further home study. Be prepared though for your arrival – all this architectural delight is set in a Neasden Industrial estate (on the opposite site of the North Circular Road of IKEA….) so it makes for an interesting contrast (see some pictures from my visit below…) . Access via public transport is not very good, you could use the Jubilee line to Neasden and walk for a while, or you could bike along the Paddington Branch of the Grand Union canal (about 30 min from Paddington). Just check the travel planner, the adress of the Mandir is 105-119 Brentfield Rd, London NW10 8LD

One of the things I love about London and the English is their embracing of eccentricity. Looking at past and present, a certain quirkiness almost seems to be a requirement for securing a place in the history books 🙂

Sir John Soane, a neoclassical architect (e.g. Bank of England) is no exception. A well-travelled man, he left his legacy to London in form of his house, where he housed his models, his art and other collections, things he acquired on his travels, and much more. In fact, Oxford Dictionary of Architecture calls the house and its interiors “one of the most complex, intricate, and ingenious series of interiors ever conceived”.

The good news is – you can visit Sir John Soane’s museum – and as most London Museums, entry is absolutely for free. Since Soan’s death in 1837 (almost 180 years ago), the house is almost untouched, which is not only remarkable as it offers a time capsule, but also remarkable that somebody lived there….You even can see a mummy sarcophagus which has survived many legal battles with the British Museum who also wants to have it, so it is top notch pieces to see and will brush up your history from Egyptians, Greeks, Romans…Sir John has done all the travel and research for you 🙂 Go and visit, you won’t regret it!

The museum is situated on Lincoln’s Inn Fields near Holborn and is open Tuesday to Saturday 10am-17.00. There might be a queue outside as there is a maximum number of people in the building at one time, but it usually moves quite quickly. All other information can be found here.

Halloween is over, but you can still visit the dead! As the days become more eerie, visiting a cemetery will be a special treat. Highgate Cemetery is one of the “Magificent Seven” Cemeteries that were built in Victorian London times to manage the increase of Death that came along with the city’s explosion of inhabitants. Situated on either side of the steep Swain’s Lane into Highgate (even if you are not into cemeteries, its a great place to train your cycling skills!), there are about 53.000 graves “home” to 170.000 people.  END_OF_DOCUMENT_TOKEN_TO_BE_REPLACED 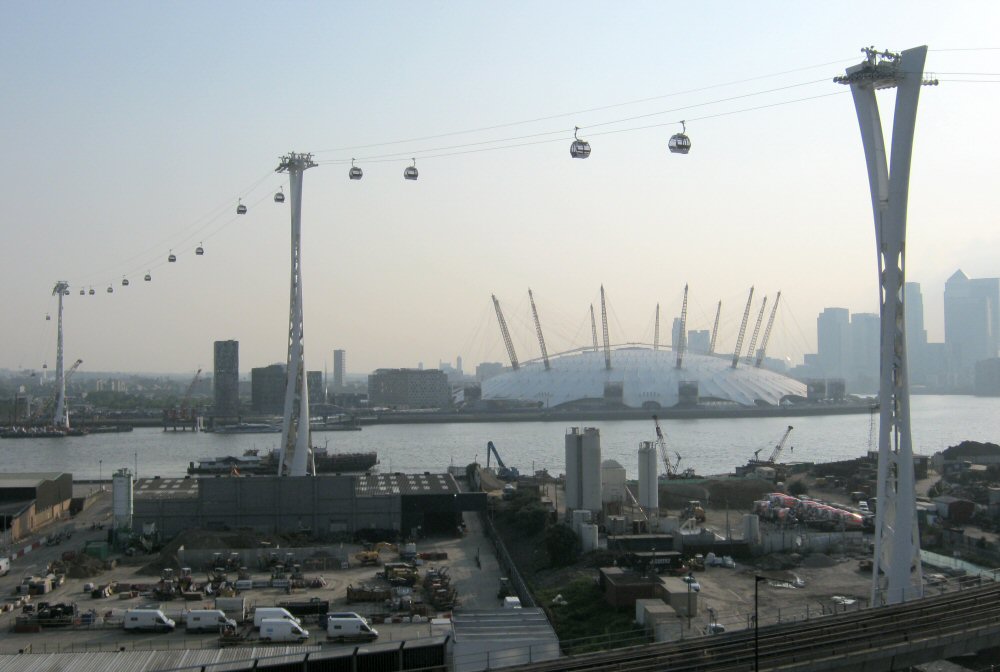 Good morning! An ordinary Thursday, and you might have just gotten out of a crowded Bus or Tube and be moaning about TfL and the London Transport. While overcrowded public transport is not the best of London’s features, one TfL line is usually empty and provides a great travel experience – The “Emirates Air Line”, London’s Cable Car.

It opened on 28th June 2012, just in time for the Olympics, and is an official line opened by TfL from Royal Victoria Dock (DLR Station Royal Victoria) to the Greenwich Peninsula (Tube Station North Greenwich or by boat). The journey takes you up to 90 metres (300 ft) over the Thames and takes about 10 minutes (five minutes in “Commuter Rush Mode” from 7-9am; 12-13 minutes in the “Evening Sightseeing” mode after 19.00 in the evening). At this hight, you have a great look over the O2 Arena, London Docklands, London City Airport, Canary Wharf and the skyline of the City of London on the horizon. The night picture is one I took at a  crossing a few months back.

Next to an “ordinary crossing”, if you want to make it a “true experience” – or if you are an aviation geek , you can visit the “Emirates Aviation Experience” right next to the North Greenwich Station. It costs £3 for Adults and £1.50 for Children (Discount Prices available in connection with a return ticket for the Cable Car). There are even real Boeing 777 and A380 flight simulators (to be booked separately for £45 for up to 4 persons for 30 min).

All practical information on opening times, fares, accessibility etc. can be found at TfL’s Website. Oyster/ Travel Card Holders get a discount on the fares, contactless is not yet accepted but if you go to the ticket window with the contactless card, you’ll still get a ticket for the Oyster Card Price.